A downloadable game for Windows, macOS, and Linux

A chain game anthology by eight members of the Vextro community. Developed sequentially, with each game responding to all previous entries.

Download the complete Gardens of Vextro collection below, or individual games that interest you. Note that the MacOS and Linux collections don't include The Aleph Hustle or another reverie.

I had an extraordinary time with this!

However, I came across what I think was a bug while playing Pangea's Error. I reached the final screen but couldn't find any way to get inside the fenced area of the house. It seems like there's an invisible barrier at the entrance. Eventually, I just modified my save file to place myself past the barrier and triggered the final cutscene.

Am I bad at video games and wasn't clever enough to solve how to get past the invisible barrier? Was it a bug, perhaps Pangea's Error itself?? Or was the cutscene scrapped content that I was never supposed to see (I did love the cutscene though)???

Also sorry about cheating I'll try not to do it again.

It Good. The people involved all did some sick work, all in this general package. also easyrpg pog

good games, me likey, hope you do more jams like this

Very cool collection! Here's a rundown on some of my thoughts for each of the games. Keep up the amazingly creative work!

Buried Flower: You know I love me a good Twine game and I was delighted at the way a single choice persisting throughout the full playthrough was able to add a creeping tension until the final scene when I felt that final line rubberband snap me back.

Labyrinths: I think looking back, this was the game that scared me the most. The way in which it is structured hints at the chaos of a mind that sounds close enough to insecurities I could see myself trapped in if I could walk through endless dreams of the past.

The Aleph Hustle: I loved all the unexplained techno babble in this story. It felt the most cyberpunk out of the bunch just from the context clues I could make out. Even so, I felt like I could follow along with the general idea of what was being explored even without the full definitions of the words. I remember specifically freaking out about the text file and thinking that if I wrote something in it, something would happen. Safe to say I was fully immersed if I wrote “I am you and you are me. Free me from this prison.”

Make Like a Tree: The game that got me to laugh the most. I was blown away by how the beginning of the game felt like it was going in one direction and then when the second half kicks in, it goes into overdrive. Triangle Man is just a cool sprite as well.

Another reverie: Another of the games that affected me deeply while playing. I’ve been on a kick of writing scenes that include sunsets for years now, subconsciously mind you, but I felt right at home in this deeply intimate discussion between two friends having to leave their imagined fantasy. Reality can be just as good, but you’ve gotta work for it. That work is easier with folks to help ya and this game’s dialogue is gonna stick with me for a while for sure.

Wet Cemetery: I love the style of this game and the way I can feel the strain of the voiced characters through the descriptions of the rooms as you move through them. There’s hope between the old memories of past lovers and the present terror of taking care of your chronic illness. A future that is uncertain, but possible. I’m glad that was able to be shared.

Wellness Related Time: I’m gonna be honest and say that this was probably my favorite game out of the bunch. The way that it pops off when the first spell is cast is incredibly hype. I’m also a sucker for unique magic systems and the way in which the dev brought in the flower theme was really cool. The little title card when a new flower was introduced having their latin name in smaller text underneath was such a cool touch. The use of sound effects and images really helps the story to pop as well. It’s pretty rare that a visual novel has hooked me so thoroughly with wanting to see what happens next like this one did. There was a specific moment where I was hooting and hollering and that’s always going to be something I’m excited to experience.

Pangea’s Error: I’m a big fan of Sraëka’s games already so I went into this game with a little background on the kinds of games they tend to make. Once I figured out the conceit of how to move around the map, I was fully in. I spent a good chunk of time playing this one just exploring the world and looking for cool new swords. The fact that I was able to use the color of the houses to help me keep track of where I had been and explore further is a testament to how well the map comes together. I’m notoriously bad at being able to find my way around when traveling IRL so having various natural landmarks to help me move around was a big help. I don’t know if I found the ending, but I don’t think that would have been the point. The journey across the land was the story I ended up telling and when I stopped at the castle that branched in 4 directions, I felt accomplished with my collection of 7 swords and the tales they were attached to. Now I’d be a part of the swords journey as well. Would the next wielder know of my journey? Hard to say, really. Also, all the names of the swords were amazing.

One last note is that the full download includes director’s commentary from the devs for each of the games and that was a huge part of elevating the experience for me. It was a nice treat for me to read the commentary after I played the game and compare and contrast what I took away from playing versus what they may have intended when designing.

I started playing these today! really enjoying them so far <3

I have had an absolute blast so far, I'm just trying to figure out if the movement in pangea's error is supposed to be like that.

It is based on a game called Brandish! Check around 4:00

This is my favorite experience with art that I've had this year. I felt invigorated and intoxicated, I broke down and wept, I felt lost and drawn into something deeper, I laughed my ass off and felt genuine sweetness, I felt pain and pause and anxiety and hope, I felt seen and known and spoken to, I hooted and hollered and got slapped upside the head, and in the end there was time to reflect. Every piece of this puzzle is beautiful enough on its own and could only have been brought to the table by each individual creator. But each one is strengthened and uplifted by their shared and integral connection because that's how community works. As you walk down these labyrinthine corridors into the heart of something unspeakable, you know by the tended flowers along the way that you do not walk the path alone. There is an MS-06R-1 Zaku II High Mobility Type there with you also

So good I wish I was in it!

Just wanted to toss in a quick note for anyone who plays my game: RPGMaker controls with the arrow keys and z and x. You can hold shift to run. If nothing seems to be doing anything, just keep going north. Stay safe...

i just wanted to know any of these games are scary or in the genre of horror because i'm too scared to play them because i have no bal- i mean, i have no interest in indie horror games because i had bad experiences in them and i'm a 14-year-old kid

and yeah, judging by the pictures it doesn't look's scary at all but i wanted to make sure if it's safe to play

I wouldn't say they're scary, but they may have disturbing themes or relate to life experiences you're not familiar with at your age. None of them are designed to shock or scare, so to speak, but some of them are rather "adult" in theme. There's many elements like death and regret, which you'll have to make your own decision regarding.

i'd agree with narf's assessment. i would say there are definitely parts that are tense, creepy, or uncomfortable, but nothing that's explicitly intended to cause fear or shock you while you're feeling vulnerable. i suspect it'll be okay, but without knowing you i can't make any guarantees, so exercise a little caution

any way we can pay yall money for this wondrous art ?

I think it would be a bit difficult to do that for the whole work specifically because some of the games use materials we're not allowed to use commercially, and also because we don't have any plan for splitting the funds if we did get money that way. But some of us do have individual donation pages, like how I have a Bandcamp and so on. 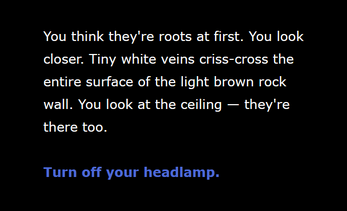 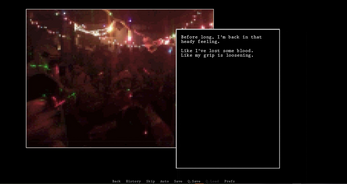 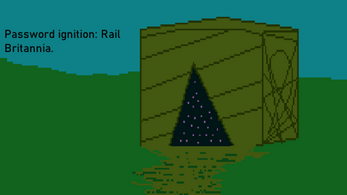 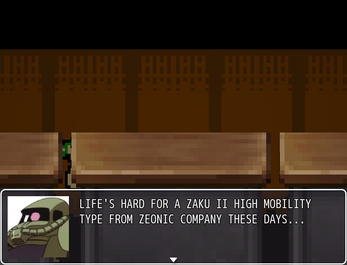 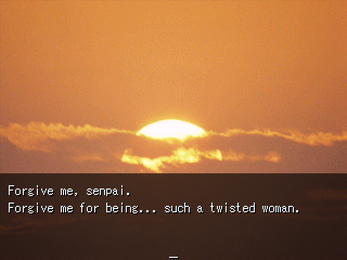 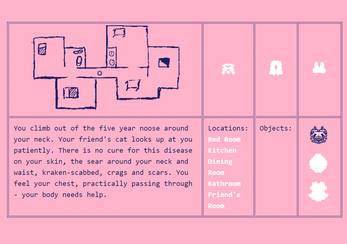 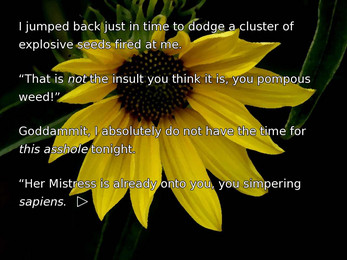 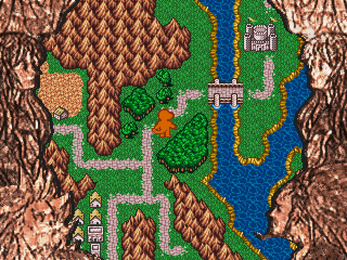